A thing about Electra Heart. 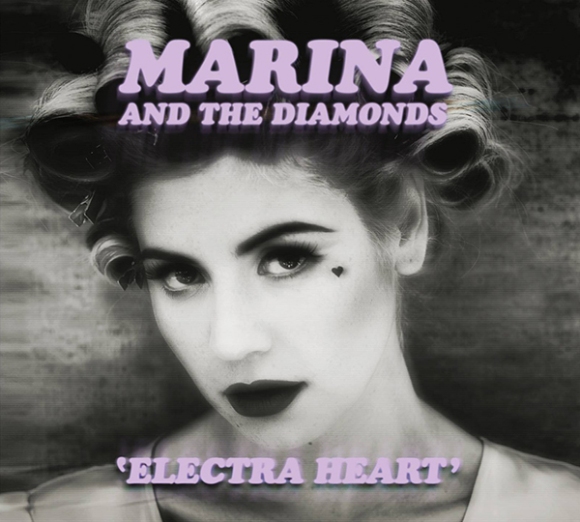 Well done Marina. I think I can even excuse the lack of a full stop

Tagged Marina and The Diamonds, To Be Purchased Immediately
Leave a comment
Present

And the bastard gift shop charges a premium.

I meant to put this up a few days ago, but a very wet holiday in Italy with no internet connection put a stop to that. So it’s about a week out of date. ‘Apols’.

I noticed something as I was browsing over The Mirror’s online ‘3AM’ section a few days ago. The most read story (at the time of writing) featured a name I felt surprised to see there…and then I felt surprised at feeling so surprised. Basically it all ended in a baffling clusterfuck of surprise that might have resulted in a minor stubbed toe, but what I am attempting to say is that I hadn’t realised that this woman was so conspiciously absent from the UK gossip media. I am, of course, talking about Rachel Stevens.

(I am not really talking about Rachel Stevens).

The news story in question was really about Louis Walsh, and his retaliation to remarks Cheryl made in an interview with Marie Claire about his (lack of) management of Girls Aloud. “THIS IS OLD NEWS” I hear some of you cry, “SHE SAID ALL THIS BEFORE SHE JOINED THE X FACTOR”. Well, yes. But the article’s ‘most read’ status at least appears to show that people will still eat up conflict involving Cheryl. Is this squabble enough to carry her upcoming single to chart success? Because when ‘Call My Name’ (for that is what her latest effort is entitled) is released, she will have no husband to cheat on her. She will have no divorce to file for, no Gamu to boot off the X Factor, and will probably not have a life-threatening disease to conveniently align with the lyrics of her lead single.

It’s hard to argue that Cheryl only found solo success because of her almost farcically dramatic life. While ‘Fight For This Love’ wasn’t exactly a groundbreaking pop odyssey, it had deceptively great melody. The press also just so happened to reveal that her husband had been cheating on her a few months before its release. ‘Parachute’ was a mainstream pop hit waiting to happen, and happen it did…less than a month after Cheryl filed for divorce. And Cheryl’s severe malaria can’t exactly have hurt in taking a song featuring the lyric “promise this: if I die before I wake” to Number One.

But what about the singles released without a public ready to defend Cheryl from the swathes of drama by purchasing her songs? Well again, it’s hard to gauge. ‘3 Words’ – the best song of Cheryl’s solo career and no there isn’t a need for debate – charted highly at #4 and was promptly forgotten, though that may have been due to the song’s lack of distinct commercial appeal . ‘The Flood’ only managed to reach #18, but this may be less to do with Cheryl’s lack of drama and more to do with the fact that it was TERMINALLY SHIT.

So it seems this album campaign really will be the true test for Cheryl. ‘Make or break’, if that bastardised phrase takes your fancy. Her previous albums have been rather vague in the least, and tended to have a very large personality defecit. But that was all that was required of Cheryl Who Things Happen To: to sing catchy songs that people purchase at the gift shop on their way out of Cheryl’s Dramatic Life. But this time around the stakes are higher. Cheryl seems, to the British media’s dismay, rather chipper. Nothing shit has happened to her in a fair while. And mediocre material is no longer enough. The public want an amazing Cheryl Cole single, but there’s no drama to distract or generate sympathy now. She’s simply going to have to – and this may be an unorthodox suggestion so clutch your pearls – release an amazing single. Not okay, not quite good, not ‘actually-this-is-alright-after-a-few-listens’, something that on first listen makes you think “FUCKING HELL that was brilliant”. Because “FUCKING HELL” doesn’t settle for average.

Little is known about ‘Call My Name’ but the signs of a successful Cheryl comeback are somewhat positive: she’s already making headlines, Calvin Harris is involved in some capacity, and the leaked lyrics to possible album track ‘Screw You’ don’t exactly refer to what she’s going to do to that pesky final panel on a flat-pack IKEA desk. “I loved you so much but you never gave a fuck so screw you”… it hardly presents us with Tragic Wallflower Cheryl who we’ve come to know (and love, apparently). Finally, some signs of personality and a more explicit acknowledgement of her personal turmoil seem to be emerging. Could we be heading for a genuinely actually quite good Cheryl Cole album sung and promoted by Cheryl The Popstar? It does seem possible.

Although I suppose if that goes tits up there’s still time for her dog to get cancer or something.

I am locked out of the house.

I am presently sat on my front porch. I have been for the past ten minutes. I probably will be for the next half an hour. This is my parents new house. No-one knows me here. I have no battery on my phone. I have two bottles of wine with me, bought for an evening with a friend tonight. I have a cold.

These, it is fair to say, are dire circumstances. I have seen two neighbours in their houses opposite sniggering through their windows. To them I must look like a alcoholic, stylish (LET ME HAVE IT, I HAVE ICE DOWN MY BACK) and indeterminably pathetic hobo, with an iPod touch.

As the only appliance I have available able to distract me from my shit life, I am using said iPod to list songs that are making me feel better about the complete absurdity of this situation (spoiler warning: ‘Baby It’s Cold Outside’ is not present). END_OF_DOCUMENT_TOKEN_TO_BE_REPLACED

Boyfriend is completely and utterly fantastic.

Tagged Justin Bieber, Much Better, SIT UP AND TAKE NOTE

What Am I Talking About?

Things I Have Tweeted

Error: Twitter did not respond. Please wait a few minutes and refresh this page.